Alluvium: Dhaka, Bangladesh, in the Crossroads of Water posits a new approach to understanding place.

Imagine the most extreme urban environment on Earth—a place three times as dense as Manhattan, enveloped in a constant flow of water, beset by a relentless stream of rural migrants, plagued by annual monsoons, and threatened by climate change. A place where the very earth beneath your feet is constantly shifting from dry to wet, where categories like "dry" and "wet" in fact mean very little, since most of what exists is somewhere in between.

This is Dhaka, capital city of Bangladesh. Home to 14 million.

Since 2007, Stephen Kieran and James Timberlake have directed a design-research laboratory on Dhaka as part of the Masters of Architecture program at the University of Pennsylvania's School of Design. Through annual trips to the city with students, they have investigated and synthesized its ebbs and flows, mapped its urban systems and charted its development. Alluvium is the result of this extended study. A cross-genre publication, the book embraces social science as much as it does design and urban planning, taking an approach to intervention in Dhaka that is guided equally by human empathy and hard research.

The book comprises three modes of observation selected for their capacity to give rise to empathetic and informed planning and design. The first is storytelling, which includes thirty-four narrative sketches that describe the personal experiences of architects and designers who traveled to Dhaka seeking insight for urban intervention proposals. The second is documentary photography, which brings to life the people and places of Dhaka, supplying vivid imagery from everyday life in the world's most extreme megacity. The third mode is research: indices of key facts together with analytic and synthetic diagrams that convey complex information, visually integrating multiple realities into previously unseen relationships. 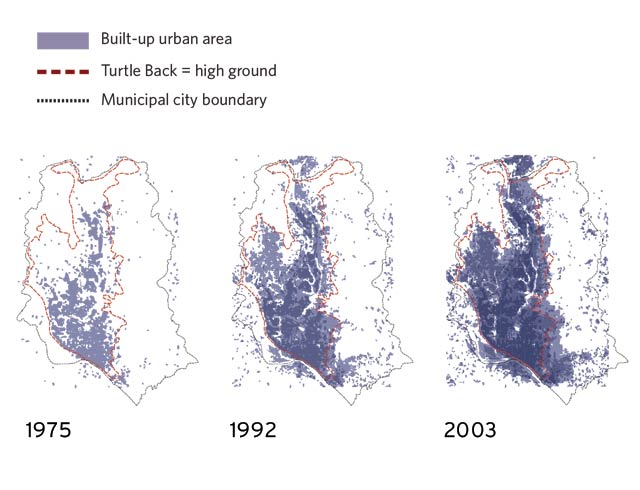 Through this varied media, the authors invite readers to engage with Dhaka at multiple levels, simultaneously smelling the pungent odors of its marketplaces and grasping the impacts on agricultural yields as climate change shapes its growing seasons.

The social, economic, and environmental conditions observed and explored throughout are the provocations for a series of design proposals for Dhaka. An afterword to the book anticipates Dhaka's future and the threats and promises inherent in its—and our—unchecked march toward 2040.